If you’ve ever driven a car on ice and have momentarily lost control, then you’ll know how terrifying it can be to fruitlessly turn the steering wheel, or to press the brakes without apparent effect.

TV correspondent Leslie Stahl suffered something a bit like this recently.

On 60 Minutes, Leslie was filmed driving a car around a deserted car park as it was hijacked by a remote hacker.

Watch the below video to see what happened: 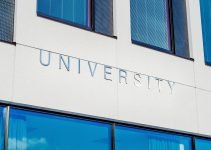