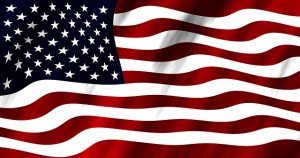 According to NBC, US officials have admitted that a Russian cyber attack against the Pentagon’s Joint Staff unclassified email system has caused the system to be shut down for more than a fortnight, affecting “some 4,000 military and civilian personnel who work for the Joint Chiefs of Staff.”

The intrusion occurred around July 25, and “relied on some kind of automated system” to gather “massive amounts of data”. Officials commented that the attack “was clearly the work of a state actor”. CNN notes that officials say “the two likely suspects are Russia and China” – and the intrusion is not typical of Chinese hackers.

No classified information was compromised.

Following so soon after the massive data breach that hit the Office of Personnel Management (OPM), which affected more than 22.1 million past and present federal employees, and the revelation that 19 of 24 federal agencies have deficient cybersecurity, US officials are understandably wary – hence the Pentagon’s aggressive step of shutting down the system as soon as the intrusion was detected.

The system is expected to be back online soon.