At a spirited press conference at Trump Tower Wednesday, bullish president-elect Donald J. Trump conceded that Russia did indeed hack Democratic Party computers before the presidential election, but rejected as “false and fake” the claims of an alleged Russian security dossier that was leaked earlier this week, comparing it to “something Nazi Germany would have done”.

According to the 35-page dossier, which has been published by Buzzfeed, Russia allegedly holds “kompromat” (compromising material) relating to Mr. Trump’s behavior in the Ritz Carlton Hotel in Moscow in 2013 that could be used to blackmail him, and has been “cultivating, supporting and assisting” the president-elect for the past five years.

Responding to the hacking allegations, Peskov said Monday that “Groundless accusations which are not supported by anything are being rehearsed in an amateurish, unprofessional way. We don’t know what information they are actually relying on.” He said the allegations were “reminiscent of a witch-hunt.”

Meanwhile, the outgoing director of national intelligence, James Clapper, released his own statement, expressing his “profound dismay at the leaks that have been appearing in the press”.

In a series of tweets this morning, Mr. Trump said that the “phony allegations” were “made up by sleazebag political operatives” and that his people would have “a full report on hacking within 90 days.”

We look forward to reading it. 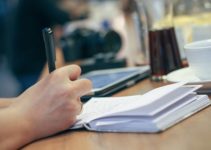